What are Lesbians to do with the Left? 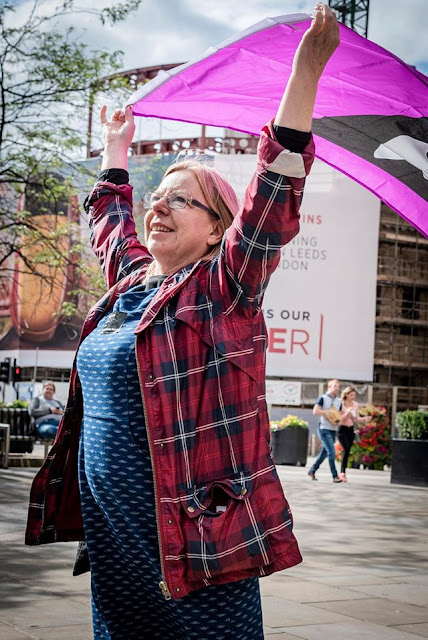 It is impossible talk about contemporary lesbian lives without reference to transgender ideology. Lesbians are affected in ways that are both physically intimate and politically public. The ‘Cotton ceiling’: even the term is telling. The ‘glass ceiling’ is the barrier that refuses to break, right? The ‘cotton ceiling,’ refers to our knickers. Well I said it was intimate, didn’t I? Let me explain: some ‘transwomen’ want to be ‘lesbians.’ Sometimes these are male-bodied people – not post operative transsexuals but ‘self identified’ ‘women,’ ‘transwomen’ or even ‘lesbians.’ The hail storm of inverted commas is because these are intact male bodied people with penises – what most people call MEN – trying to pass themselves off as women - or even lesbians - with the aim of having sex with a woman. When we politely explain that, ‘as I lesbian I don’t do penis,’ we are denounced as ‘transphobic,’ which may result in being ejected from a club or bar or whatever the social space may be - perhaps even a shared house if these are the norms of the social group.

‘Transwomen,’ of a certain kind, use this phrase as a lament, a complaint. In the plainest possible language, it means: ‘I cannot break through the cotton gusset of your knickers.’ Hence ‘cotton ceiling.’ This is the kind of gross banality, coupled with the element of potentially violent sexual threat that lesbians are dealing with daily. It is almost comically absurd but, when you’re the target of one of these aggressive ‘transwomen,’ pressuring you for sex, it certainly isn’t. 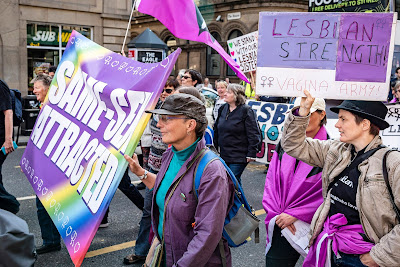 This situation is bad for all lesbians but it hits young lesbians hardest. That all too brief moment when lesbians could get out and about, go to clubs, enjoy their new found sexual freedom, is long past. Young lesbians seeking lovers face a very different reality, their most intimate behaviour and feelings are constantly policed - and reported and commented upon, often on social media - by the trans-Stasi and their allies. Little wonder then that so many teenage girls that reject feminine gender-stereotyping and notice a sexual preference for other girls, decide they must be ‘transmen’ and opt for the transition route. If this sounds vaguely familiar to older readers, that’s because it is familiar. It is conversion therapy rebranded. If breast-binding – practised by girls transitioning to boys/men - sounds familiar, that too is because it is – think foot binding or corsets – and breast binding is at least as harmful as the corset was, often more so.

These may turn out to be insignificant compared to the as yet unknown long term effect of hormones to suppress puberty, and the cross-sex hormones which follow. Even if these young women do not go as far as full double mastectomy and the removal of healthy body tissue, possibly resulting in a life time of hospital visits for one reason or another, they will still have to deal with the effect of a barbaric drug regime, one which is not even properly tested for this kind of use. 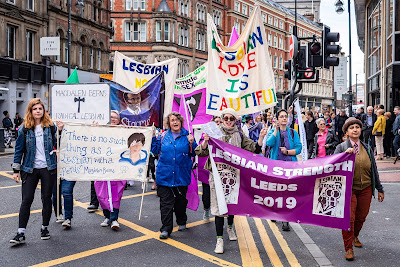 The more public aspects of the transactivist attack on lesbians lives has been made visible via Stonewall and the Pride marches of 2019 when it became clear that saying we were, ‘same sex attracted,’ was also ‘transphobic,’ and punishable by exclusion from the march. There has been much coverage of the no-platforming of lesbians for being TERFs, but this is something that affects all women and even some men – it is not specifically lesbian. What is specific to us is the threat of sexualised violence and, interestingly, this does not have a parallel for gay men. ‘Transmen,’ or female to male, (FtM) transsexuals do not aggressively or otherwise approach gay men demanding sex. Analysing this behaviour among ‘transwomen’ is deemed ‘transphobic’ because it requires an honest discussion of biological sex and behaviour, which itself requires the assertion that sex is real not imagined and, again, there is a price to pay for this apparent transgression – now classed as a belief, rather than an inescapable material reality. 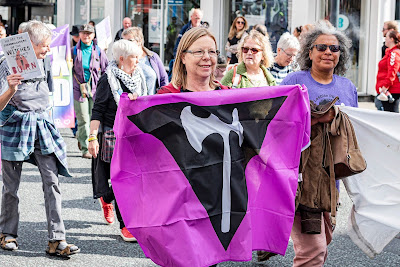 Once you decide that biology is not real, that sex does not exist, that a man who feels like a woman can legally call himself a woman - at which point many otherwise protected women’s spaces are then under pressure to accept ‘her,’ even if ‘she’ is male-bodied – all bets are off. What then is a lesbian? If we can no longer agree a legal definition of ‘woman,’ what is a lesbian? And, to open up another immensely important front that should interest the Labour Party, how does this affect lesbian asylum seekers – of which there are an increasing number? Lesbians already find it immensely difficult to prove to the Home Office that they are lesbians precisely because they have been forbidden to be lesbians in their country of origin. They very often have not had relationships with anyone or not long term. What happens if they cannot even be defined as a woman and same sex attracted because government – any government - has allowed itself to be talked out of having any legal definition of woman?

When Labour Party members and leadership candidates queued up to sign up to the Trans Pledge, they betrayed some of the most vulnerable members of society. They did so, mainly because far too many senior party members have allowed themselves to wallow in the luxury of ignorance for far too long. They need to toughen up, educate themselves and get back to work.

For the pictures: photo credits Mike Bettney
Lesbian Strength March, Leeds, September 7th 2019. Organised because so many lesbians were ejected from local pride marches in other cities and because Stonewall announced that trans-refusnik lesbians would be unwelcome on the London march.


Anyone reading this who knows young women unsure about or regretting ftm transition can contact Charlie Evens @charlie_sci or Transgender Trend – detransitioning page.